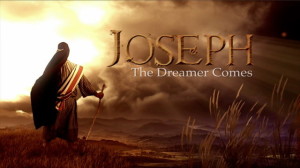 “Let Pharaoh proceed to appoint overseers over the land and take one-fifth of the produce of the land of Egypt during the seven plentiful years. And let them gather all the food of these good years that are coming and store up grain under the authority of Pharaoh for food in the cities, and let them keep it. That food shall be a reserve for the land against the seven years of famine that are to occur in the land of Egypt, so that the land may not perish through the famine.” (Genesis 41:34-36, ESV)

Just a few hours after writing my previous article about the importance of life insurance in estate planning, I came across the above-quoted passage during my devotions. Maybe God intentionally led me to this passage of Scripture, which totally drives home my point in all my recent posts since last month, and that is: “Failing to plan is planning to fail.”

In the Old Testament account of Joseph, we can read how he was the most favored son of his father, Jacob (Israel). He was so obviously the favorite that his brothers plotted to kill him in jealousy. Fortunately, one of them convinced the others that killing their own flesh and blood is wrong and that they should just instead leave him in the pit where he was trapped. Nevertheless, when Bedouin caravan merchants came by, the brothers instead sold Joseph to them as a slave. Then they in turn sold Joseph at the public market who was bought by an Egyptian official named Potiphar. After many successes and tragedies in his life, Joseph finally gained favor in the eyes of Pharaoh who made him ruler of all Egypt second only to the king due to his God-given ability to interpret dreams and leadership capabilities. As a severe famine was about to strike the land of Egypt and its neighboring nations, Joseph came up with a plan to dampen, if not eradicate, the effects of the imminent famine. This story of Joseph is very famous that it was made by Walt Disney™ into an animated full-length feature film entitled “Joseph the Dreamer.”

This biblical story clearly illustrates the importance of planning ahead of any undesirable circumstance that may come our way. While Egypt’s neighboring countries suffered due to the ravaging effects of the famine, Egypt remained prosperous and plentiful. For us living in the 21st century, these undesirable circumstances may take the form of loss of employment; natural calamities such as earthquakes, typhoons and inundation; conflagration; sickness; or even death. This is where sound risk management, together with effective financial planning is a must. As with everything else, financial security starts with a plan. According to Rienzie Biolena, a Registered Financial Planner, “A comprehensive financial plan is a document that outlines the goals of a person, assesses his/her financial status, and gives concrete recommendations on how to achieve those goals. Each plan is different as every person has unique status, needs and aspirations. Yet all comprehensive financial plans cover each aspect of a person’s finances – cash flow, debt management, investments, insurance, tax and estate, and retirement.”

So when is the best time to start planning for your and your children’s future in order to protect yourself from life’s uncertainties? The answer is: YESTERDAY. Remember, failing to plan is planning to fail. So what are you waiting for? Contact your legal and financial adviser before it’s too late!

Most people have heard of a “retainer fee” or “legal retainer.” There are times that when a problem concerning the law comes up, their friends would advise them to “retain an attorney.” So what exactly does it mean to retain the services of a lawyer and what are its advantages?

A “retainer” is a fee paid to the lawyer, often monthly or annually, to retain or keep the lawyer available to the client. This type of fee is often paid by corporations and other business organizations to make sure they have access to their lawyers whenever they need advice or representation. A true retainer is usually non-refundable. In most cases, the lawyer shall provide the prospective client a Retainership Proposal that outlines the services the same is entitled to by virtue of the retainer fee such as, but not limited to, legal consultation and document review.

Now, how is this different from “legal fees” and “costs?”

On the one hand, legal fees are paid to a lawyer for his advice and services or advice and services provided by his firm while costs, on the other hand, are other expenses, such as filing fees, copying costs, or expert witness fees that the lawyer is paying to others on the client’s behalf. Usually the client is required to pay all costs as they are incurred or as part of a regular billing. In several cases, lawyers may likewise require a deposit called a “mobilization fund” from which he shall charge any and all of the said out-of-pocket expenses that may be incurred relative to the client’s cause. Any excess therefrom may either be reimbursed to the client or be deducted from the legal fees due to the lawyer.

Having a retained legal counsel on hand provides clients with a sense of security that whenever they would require the services of a lawyer, the same is available. Moreover, entering into a retainer also ensures that legal fees for services not covered by the retainership agreement shall be charged at a significantly discounted rate as opposed to those that have not entered into a retainer.

From my own personal experience, I have encountered several prospective clients who only seek the advice and assistance of a lawyer when their problems have already blown up on their faces. I usually tell them that they should have sought the counsel of a competent attorney even at the onset of their new business endeavor, as in from the time they incorporate their corporations or establish their business partnership. It is quite similar to having periodic check-ups with the physician or dentist so as to detect and deter any developing sickness rather than doing so only when the disease has already become terminal.

So just as it is important for everyone to have a regular family or personal physicians, whether general practitioners or specialists, it is no less true when it comes to securing the services of an attorney in order to protect your rights and interests in this dog-eat-dog world.

As I was reading the chapter on Perseverance in the book Renewal Theology by Dr. J. Rodman Williams, there were some persistent questions that kept on bothering me. Dr. Williams speaks of the security of salvation, to wit: “Hence, there is no way of falling out of God’s love and care and concern. Grace is unconditional. This means that God perseveres, whatever man may do, in the undergirding and sustaining of all who truly believe. God never fails. The security of salvation rests—let it be repeated—not in ourselves, but in Him.” However, on the next page, he says that true believers—Christians—can and indeed do fall away (apostatize) from the Faith. To be sure, Dr. Williams did provide ample passages from Scripture proving both statements. So if our salvation is secure in God, then how is it possible that true Christians can and do fall away?

Those of the Reformed (Calvinist) camp, quoting 1 John 2:19, would say that those who apostatized were not genuine Christians and were never saved in the first place. As a staunch Calvinist, I held on to that position. But when I took another look at that passage, I realized something. Although I noticed this prior to reading Renewal Theology, I’ll just use the words of Dr. Williams therein: “However, John is here referring to unbelievers—indeed ‘antichrists’ who have been in the Christian fellowship but who do not in faith truly belong, and who by their defection exhibit this.” He further states that the word ‘apostasy’ itself means a departure from the faith and that it would be a contradiction in terms if we would say that a person who never had the faith could apostatize from it. I see the point. So, lo and behold, I have changed my view! But the question begs us, if our salvation is secure in God, then how is it possible that true Christians can and do fall away?

Because Scripture simultaneously teaches predestination, election, perseverance (or eternal security) on the one hand and the falling away of true believers on the other hand, then we have to believe both to be true without making it appear that the Bible contradicts itself. In his article entitled A Tiptoe Through TULIP, James Akin provided the Thomist, as in St. Thomas Aquinas, view on predestination. According to Aquinas, we should distinguish between predestination to initial salvation and predestination to final salvation, to wit: “the gift of final perseverance is the abiding in good to the end of life. In order to have this perseverance man . . . needs the divine assistance guiding and guarding him against the attacks of the passions . . . [A]fter anyone has been justified by grace, he still needs to beseech God for the aforesaid gift of perseverance that he may be kept from evil till the end of life. For to many grace is given to whom perseverance in grace is not given.” [ST I:II:109:10]. James Akin further posited that “The idea that a person can be predestined to come to God yet not be predestined to stay the course may be new to Calvinists and may sound strange to them, but it did not sound strange to Augustine, Aquinas, or even Luther.” Herein I have found the solution to this apparent dilemma, one that sufficiently harmonizes biblical doctrine.